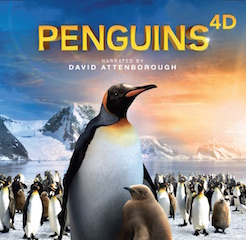 The Discovery Cube in Los Angeles provides an immersive learning experience for children that leverages technology unlike any other science center in the country. From an Aquavator that simulates a subterranean descent below the earth's surface to a virtual helicopter tour of the L.A. area, the Cube gives kids the ultimate education by putting them right in the middle of the action.

"Our mission is to engage and educate, and these exhibits are the tools that help kids learn," says Kellee Preston, vice president of operations at the Discovery Cube.

Nowhere is the center's mission more evident – or breathtaking – than its centerpiece exhibit: a 4D theater that combines three-dimensional video with other sensory stimulation, such as fragrances and fog, that complement the footage onscreen.

To achieve its vision, the Discovery Cube needed technology that allowed the different elements, both hardware and software, to meld in a way that wasn't previously possible.

The Discovery Cube brought in Edwards Technologies to develop a solution that would fit all of its needs, including a simple way to swap out content, impeccable image quality and low total cost of ownership.

ETI is known for its Videro platform, which is a cloud system that connects an Apple Mac Pro with an ETI monitoring facility that provides technical support. The Videro platform allows ETI to remotely access content, diagnose issues and configure playback, all without setting foot in the facility. Videro also makes it simple to download new films onto the Mac.

"Kids know what looks good, and for us as integrators, to be a success we need to create an experience that matches the quality of what they have in their pockets," ETI senior engineer David Skoogs said. "Everything in this theater is geared toward how they consume content." 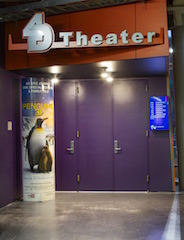 The platform allows 3D movies to be played right out of the box without any complicated set up. The high-quality QuickTime compression lets the computer store more content without compromising any quality.

Because everything is run through an Apple computer, iPads can be used to control and view the content as it's being shown in the theater, in real time. The tablet, in effect, becomes the ultimate remote control that lets users actually see what's happening on the screen in another room. It is an extraordinarily helpful feature for a science center with so many nooks and crannies where staff could be called to at a moment's notice.

To complement the content platform, the Discovery Cube needed an equally innovative projector so that every bit of the quality behind the scenes would be apparent in the image shown on the screen.

Skoogs recommended the NEC NC1100L laser phosphor projector for the job because no other projector on the market could capture the image quality being pushed out through the Mac.

"The combination of the NEC laser phosphor projector and the Videro platform is a game changer, without a doubt," Skoogs said.

The DCI-compliant projector provides consistent, true color, which Skoogs said is spot on, all with little-to-no maintenance. The 2K resolution provides a crystal-clear 3D image, no matter how detailed the picture on the screen or how quickly it moves; there's never any hesitation. Because it relies on a laser rather than a bulb, the light engine will function 20,000 hours without compromising the brightness.

Since there aren't bulbs to replace and the projector doesn't require other maintenance, the total cost of ownership becomes quite low. The projector is easy to operate, and its compact design also makes it a perfect match for small theaters, like the one at the Discovery Cube.

"What we've done with this theater is a radically different approach to 4D cinema," said ETI founder Brian Edwards.

And museum visitors agree. The 4D theater debuted with two movies: The Lost World, a dinosaur adventure that sends kids 40 million years back in time to a world filled with raptors, pterosaurs and everyone's favorite, tyrannosaurus rex; and Penguins 4D, a sub-Antarctic journey into the realm of king penguins narrated by the late David Attenborough.

Skoogs recalled one eight-year-old's reaction after the first showing: "It was just like real life," the child said. "I felt like I could reach out and touch it."

For Skoogs, that was all he needed to hear. "I can't even describe how exciting this technology is at this moment in time," he said.