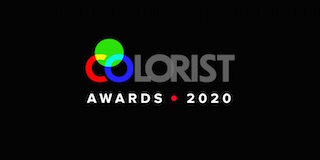 The Colorist Society International is joining the Independent Colourist Guild as partner and co-organizer of the newly launched Colorist Awards. The first-ever international competition focused exclusively on the craft of color, the event recognizes outstanding work by colorists across feature films, television, documentaries, commercials, music videos and shorts. Entries are being accepted now through December 31 for work first appearing in 2020. Winners will be announced in March.

The Independent Colourist Guild, whose membership includes more than 400 professional colorists worldwide, launched the Colorist Awards to draw attention to an essential, but underappreciated craft. “We want to highlight the great work being done by colorists around the globe and raise awareness for color’s artistic role in movies, television, advertising and other media,” said ICG founder Alexander Prohorushkin. “We feel that an awards competition for colorists is long overdue.”

CSI, the first professional society of colorists, also sees the competition as a tool for gaining wider recognition for color. “It’s a way to celebrate our profession and build its legacy,” says CSI president Kevin Shaw. “Our hope is that the Colorist Awards will become a showcase for work of the world’s best colorists and set the standard for excellence.”

Entries will be evaluated by an international jury composed of colorists, directors, cinematographers and producers. Work will be evaluated for artistic excellence, technical achievement, stylistic effect and reproductive accuracy. Participation is open to all colorists, regardless of professional affiliation. Event partners include SGO, Portrait Displays, 3DL, Panasonic, ICG Calibration and ASUS, among others.

For more information and to enter the Colorist Awards, visit: http://coloristawards.com/