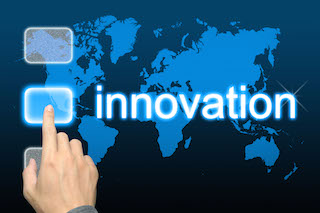 CinemaCon 2017 demonstrated, once and for all, that this is truly the dawn of the digital cinema era. The installation of digital projection systems in virtually every movie theatre in the world was the beginning of something, not the conclusion, because it opened the door to a wide range of possibilities. The tradeshow floors in Caesar’s Palace demonstrated this fact more than ever before. For the third consecutive year, a host of new companies crowded the exhibit halls. On display were products and services designed not simply to improve the operation of a movie theatre, but, in some cases, to expand the concept of what a movie theatre is. And, for the third year in a row, Digital Cinema Report is presenting the Catalyst Award to those products that we consider to be the best new technology on display at CinemaCon 2017.

Catalyst Award winning ideas are packaged in hardware and software of all shapes and sizes. The best of them offer ways to make the task of running a movie theatre easier, faster or less expensive. Some promise all three. But the best do even more. These truly groundbreaking concepts don’t simply improve the process; they point to a different way of doing things. Some people call these developments disruptive and often that’s true. But they catch on as people see the value they provide, regardless of the cost and in a very short time they become the way everyone works. These are the ideas that merit a Catalyst Award

Earlier this year Barco and Vision Media Management (with newly-acquired Cinema Scene Marketing) joined forces to offer innovative digital products to transform cinema lobbies into immersive storytelling environments designed to drive customer engagement and loyalty. The companies unveiled one of their first efforts at CinemaCon 2017 in the form of a movie poster brought to life through augmented reality.

Since the rights to the movie used in the demo had not been cleared by the time of this writing, this description will lose some of its edge. The idea, however, is very simple. Picture a framed movie poster in a theatre lobby. Barco has placed a small digital camera atop that frame and created an app for the feature film displayed. Once a patron downloads that app and points a smartphone or tablet at the poster, one of the characters from the movie appears in the space between the patron and the poster. The patron can then take photos of that character with her friends and family.

Barco is currently working with several studios to embrace the concept and expects more announcements about the technology in the coming weeks.

Doug Woodard, chief technology and innovation officer, Vision Media added, “The One Network Alliance augmented reality platform allows the moviegoer to become part of the movie while at the theatre.” 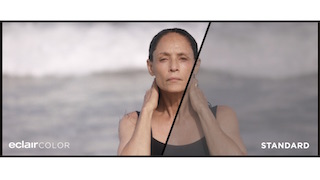 High dynamic range was one of the hottest topics at the show and few companies understand color and color space as well as Éclair. With that as background, the company unveiled ÉclairColor, a new digital high dynamic range color system that combines a mastering process and the optimization of select projection system technologies readily available today through CinemaNext. ÉclairColor is the culmination of eighteen months of development and extensive testing by Éclair and CinemaNext engineers. All types of cinemas, regardless of their screen size, can be equipped with ÉclairColor. The equipment can be used to run ÉclairColor mastered content as well as standard DCI content.

“We have converted in record time more than 40 cinema screens to date in France, Germany and our first screen on the African continent, in Tunisia, since the launch of ÉclairColor last fall,” said Ymagis Group CEO and co-founder Jean Mizrahi. “We believe this warm reception from the industry and audiences alike will help us quickly grow our network of cinemas in EMEA and other key territories.”

“Cinemas, from the earliest days, have been on the cutting edge of image and sound innovation, and they must remain an experience unlike any other,” said Till Cussmann, senior vice president CinemaNext. “The significant advantages that ÉclairColor provides are clearly visible to all, which should greatly ease the adoption of this new technology by cinemas since we have rendered this process compatible with a range of existing projectors, allowing for virtually immediate access to our solution.”

For Manel Carreras, Éclair’s senior vice president business development and studio relations, “We are making great progress in building a strong line-up of films available in ÉclairColor in Europe. For instance, in France 24 feature films have already been committed for domestic release by international and independent distributors. With ÉclairColor, the benefits for moviegoers with a significantly enhanced image are real. The color range is much richer, the gradients much more refined, even in the darkest colors.” 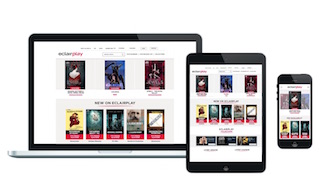 This year for the first time one company, Éclair, is the winner of two Catalyst Awards. Its second winner is aimed at the independent film and art house market and has the potential to make that segment of the movie business thrive. The ÉclairPlay platform is designed for cinema exhibitors, providing access to a growing range of digital cinema package content available for download and projection as well as to all tools and content marketing material necessary for successful programming and audience building.

ÉclairPlay will be given a staggered release in Europe on a territory-by-territory basis. The company announced today that ÉclairPlay is now available in German, Spanish and Italian. In the US, the service will be launched during the second quarter of 2017.

“In the states, ÉclairPlay launches as a new and enhanced version of CineConductor, Éclair’s highly regarded download platform for exhibitors & distributors of Specialty Film & Event Cinema fare,” said Barry Rebo, managing director of Éclair USA. “CineConductor has proven to be a successful and valuable tool for many exhibitors, especially in their logistical needs. Now, with ÉclairPlay, we go a step further, providing new opportunities to programmers, theatre owners and rights holders. Accessible from any connected device, they will be able to browse content with extended filters and be inspired by genre specific collections of content organized by various types and themes. They can directly order feature and trailer DCPs for e-delivery and gain instant access to publicity material kits.”

For Daniel Danciu, Eclair's vice president theatrical delivery, “ÉclairPlay is also designed to support content owners in building awareness of their overall brand, beyond any given single title, through dedicated collections, highlighted placements, and strategic exposure given to content as well as marketing assets and kits. It offers activity dashboards accessible from anywhere with real-time tracking of deliveries and intelligent reporting to measure and maximize business.”

Exhibitors around the world have come to rely on theatre management software to keep their theatres running smoothly and efficiently. Each year has seen new advances in TMS capabilities but leave it to GDC, one of the industry’s pioneers to raise the idea of TMS to new heights with the introduction of GDC SmartCinema™ Software. 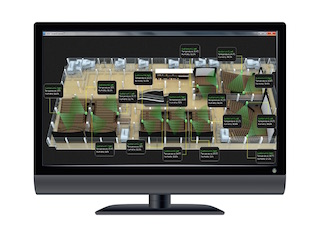 GDC’s SmartCinema™ Software technology is software that, in essence, is a control room for an entire cinema. With SmartCinema™ an exhibitor can protect equipment, monitor the environment and improve operating efficiency. Think of it as smart home automation but designed specifically for the cinema industry. GDC SmartCinema™ Software offers an long list of features to streamline theatre operation.

The quality of the power supply, energy consumption, and equipment on/off status is monitored to decrease waste in utility expenses.

In a feature that exhibitors are certain to love, GDC SmartCinema™ Software counts the number of patrons entering and exiting the auditorium and audits this against ticket sales for each show time. If too many people are in a given auditorium, personnel can check in person to verify that everyone seated has a ticket. If no one is in the theatre, GDC SmartCinema™ Software will shut off the power to conserve energy. 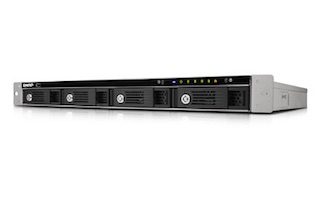 As the event cinema business has grown, exhibitors and distributors have recognized the growing need to streamline the ways they work together. Gofilex believes it has the answer.

Gofilex, which was making its first appearance at CinemaCon, provides cinemas and distributors with an innovative and integrated solution for content-delivery. Through light equipment installed in cinemas, Gofilex enables screenings of live and buffered events, day-after encores, feature films, trailers, advertisements and more through a single internet-based system, with no need for a satellite connection.

Gofilex provides the equipment as part of the service, invoicing distributors a low, per-download fee. Based in Holland, Gofilex’s services are used by all major studios, more than 70 distributors – including event cinema – and more than 1,300 European cinemas. With the launch of Gofilex North America, the system is now available across the US and Canada.

This terrestrial technology offers many opportunities for exhibitors and rights holders, more than satellite and more than hard drive shipments could ever offer. Gofilex is not a distributor: cinemas book their screenings directly with the rights holder.

Once Gofilex has received the bookings from a distributor, the content is made available to the cinemas’ equipment. Gofilex is the partner of international distributors, for fast and secure delivery of DCP’s and KDM’s in an increasing number of territories.

The content is distributed via the Gofilex ODD network, a highly secure terrestrial network, to the Gofilex Filmvault, a large capacity storage installed in every cinema. A red carpet event, a B2B, a Q&A or a seminar can easily be recorded and played out. Gofilex can now transfer 4K content, which requires slightly more bandwidth.