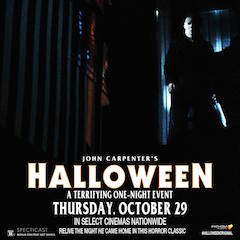 Kymberli Frueh, vice president, programming of Fathom Events, is passionate about her work. In her decade with the event cinema company she has seen the business experience steady growth and is proud of the revenue she’s added to the bottom line. But, she said, there are other positives. “It’s not just about the ticket sales,” said Frueh. “Look at what kind of audiences we’re bringing back to the theatre. These are people who haven’t been inside a movie theatre in years.”

A good example is an event Fathom is holding later this month with the screening of the Seventies classic horror film Halloween in select theatres. Writer, director John Carpenter will make an appearance during the evening. Frueh said, “That’s an event that will have appeal across generations.”

In advance of her appearance next week at the Event Cinema Association’s annual conference in London next week I spoke with Kymberli Frueh, vice president, programming of Fathom Events. Fathom recently signed up as a member of the ECA and a sponsor of the conference. When the ECA was formed it was primarily seen as an organization focused on the UK and Europe. That was never its intention and the addition of Fathom to its ranks is a big positive for the ECA. I asked Frueh how that relationship developed.

“We work with a lot of international partners,” she said. Increasingly, Fathom distributes its own programs overseas in partnership with European companies and, in turn, distributes some of their programs in the United States and Canada. In addition, she said, “We are the leaders in event cinema globally.”

While Fathom is certainly the largest single event cinema company in the world, there is a long and growing list of companies in Europe and the U.S. that are working successfully in that market. The Europeans overall, and the British of late in particular, are building solid businesses distributing arts programs. Frueh said “a British invasion in the arts” has taken place in recent months and years. “Their arts content is strong.” 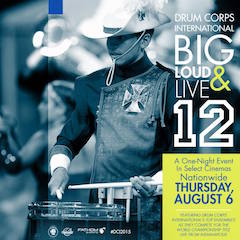 Her challenge is finding and developing audiences across the Fathom Network for events that are sometimes quite different from standard Hollywood fare. “You can’t market event cinema the way you market Hollywood films,” Frueh said.

The key is “more local outreach.” Experience has helped Frueh and her team identify core art locations at targeted markets across North America. Social media has been a critical tool. With social media Fathom has connected with passionate fans for its content all across the country and works with them to promote new programs. She called them Fathom’s “ambassadors. It’s a community. We market programs as communal events.”

For the upcoming release of The Importance of Being Earnest, which is being distributed in partnership with the UK’s More2Screen, Frueh has a track record to build on. She said for events like this Fathom watches the touring patterns of Broadway shows.

Measuring success in event cinema is not the same as success in mainstream movie theatre fare, although Frueh emphasizes that hers goal is always to make a profit. The three benchmarks for her are “revenue, turnout and raising our profile.”

When most people think of event cinema they think of a few standard categories: opera, theatre, concerts and sports. Frueh acknowledged that those have become the well-known staples but mentioned one – Drum Corps International – that was an ongoing success for Fathom even before Frueh joined the company. For more than a decade, audiences across the country have filled theatres to watch marching bands on the big screen. It’s small but popular niches like that, that are the lifeblood of event cinema.

I asked Frueh if she could identify any new categories. She said Fathom has had success with faith-based programs and will develop more. She also noted anime and what she called “the nerd corps. We’re experimenting with others.”

One of my last questions for Frueh was did she have a favorite event over the years that stood out for her. That’s always a difficult question for anyone to answer but after a moment’s thought she named an event that she called “a passion project.” The program – Sons of the Fallen – told the story of the children of men and women killed in war. It was not a financial success but Frueh still considers it one of her favorite projects. “The sacrifices they make,” she said, adding, “Every project we work on has some resonance with someone. We touch people’s lives.”