B&B Theatres: All in the Family 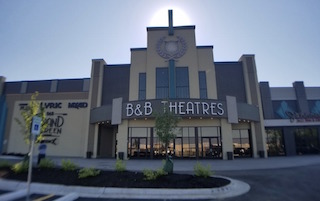 Crises bring out the worst and the best in people. The history of B&B Theatres began in 1924 when a man named Elmer Bills opened his first theatre in Salisbury, Missouri. A decade later he hired a boy named Sterling Bagby as a concessions clerk. Bagby eventually went on to start his own theatre company and for the next roughly forty years the families were friendly competitors. In 1980 the two families merged their companies into what is now B&B Theatres – Bills and Bagby – and the business is now run solely by the Bagby family. One thing that remained constant throughout the past century in both of those companies was the idea of family, which included their employees. That holds true today amid one of the worst pandemics the country has ever known. I spoke via email with Brock Bagby, B&B’s executive vice president, to learn how his company is coping with the COVID-19 crisis. From our conversation it became clear that family is still very important at B&B Theatres.

Digital Cinema Report: According to the latest information I could find, B&B Theatres is currently the sixth largest cinema chain in the United States with 419 screens in 50 locations across seven states, mainly in the Midwest. Is that information up to date?

DCR: Prior to March 1, how many people worked for B&B Theatres?

DCR: What is that number today? 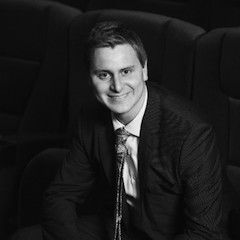 BB: We are sadly down to just 12 in the corporate office. We have furloughed everyone else. The jobs will be there once we re-open. We have never had to furlough or lay-off anyone in our 96-year history. This has been extremely difficult.

DCR: Dealing with the short-term and long-term fate of loyal employees has to be one of the most challenging decisions facing any business owner in the world today. The challenge is even greater for exhibitors because, by government mandate, your doors are closed and you have no income. How are you handling the situation?

BB: We are doing everything we can to communicate with our staff while not asking them to work more than a few hours a week in order to abide by the unemployment guidelines. We are having weekly webinars and creating weekly videos to stay in-touch with our staff or as we call them our B&B family. We are still paying for their health insurance and are actually covering 100 percent of all health, dental, vision etc right now. This is something small we can do for everyone.

DCR: How many, if any, people in your company have tested positive for COVID-19?

BB: None that we are aware of.

DCR: An even worse question: how many, if any, have died?

BB: None that we are aware of but several people know people that have died. A friend or family member or friend of a friend.

DCR: Your theatres are some of the most sophisticated in the industry today. Digital cinema technology needs to be turned on periodically or it will stop working entirely. How is B&B Theatres managing its technology? 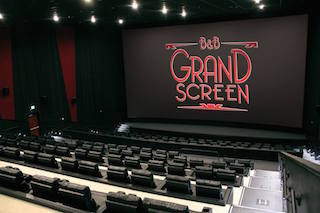 BB: We are working with our third party equipment and digital NOC support system, Sonic Equipment Company, and their SOS. They are helping us monitor our projectors in stand-by mode. We also have someone checking our theatres weekly to ensure everything is working properly.

DCR: The last time you and I spoke, I believe you told me you were in the process of renovating at least one old theatre and building at least one new one. Is that information correct and what is the status of those projects?

BB: We have 10 active projects right now. Some are in pre-construction and some are in the middle of construction. All are moving forward but some are paused.

DCR: How much of a setback is this for your expansion plans?

BB: Anything that was in early phases is put on pause for the next 90-120 days.

DCR: Much has been written in recent weeks proclaiming that the pandemic will be the end of movie theatres. Given that last year was one of the best years ever for movie ticket sales and given the fact that people are going stir crazy staying at home, I think the opposite is true. There are several promising films in the pipeline and I suspect once theatres have reopened and those films can be released people will come out in large numbers to see them. What’s your opinion on that?

BB: We believe people will come out in droves. We are social creatures and we will want to be social in a communal environment together when this is over. There is a great line-up of films and I am very bullish on the future of the Industry!