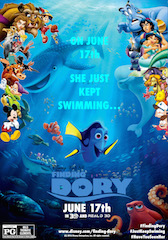 Most moviegoers hate waiting in ticket lines. And, according to a recent survey, they also hate slow or worse yet, non-working online ticket services. How much do they hate it? According to the survey, 62 percent of Americans would be disgruntled if they were purchasing movie tickets and the website or app went down, and nearly all (90 percent) agreed that movie ticketing websites and apps should have zero downtime this summer. The survey also revealed which summer blockbusters Americans are the most excited to see. Finding Dory topped the list with 44 percent, followed by the new Star Trek movie (33 percent) and Jason Bourne (32 percent).

The survey, which was conducted June 6-15 by software provider ScaleArc, offered other results that should interest all exhibitors and not just those in North America. ScaleArc makes database load balancing software designed to provide continuous availability for all applications. That this gives the company a vested interest in the survey’s results doesn’t change the fact that consumers are rapidly embracing the idea of online shopping for everything, not just movies.

According to ScaleArc’s survey of more than 2,000 Americans, the number one reason for buying movie tickets using websites or apps is because Americans hate waiting in line (57 percent). They also purchase tickets using websites or apps because they like knowing they have tickets to a film at their preferred screening time (47 percent) and like being able to pick out seats in advance (38 percent). It’s not surprising, then, that movie theaters are experiencing a massive shift in sales, with some predicting that the U.S. online ticketing market will double in the next few years.

ScaleArc’s study revealed that 39 percent of Americans who encounter problems while trying to purchase movie tickets using websites or apps would be quick to move on to a competitor. Members of the tech community were particularly intolerant of digital performance issues – 45 percent said they would visit a competitor site or app if a movie reservation system was experiencing downtime. 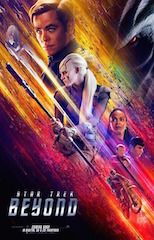 Fandango, which currently claims about half of U.S. online ticket sales and saw 81 percent sales growth in 2015, is also rolling out new innovations. Starting this fall, its customers will be able to purchase tickets via Apple Messages.

Other top responses to encountering downtime on a movie ticketing website/app included:

Be forced to wait in line—44 percent

Top five movies Americans were excited to see this summer:

Independence Day 2 moved up the list considerably amongst Americans working in tech, who picked it as their first choice (43 percent) followed by Star Trek (38 percent).

With a vote of 8 percent each, the fewest Americans are excited to see The Conjuring 2 and Mike & Dave Need Wedding Dates.

“As Americans head to the theatres this summer, sites and apps selling tickets to the hottest releases of the season must be ready to handle the huge demand that comes with it, or they risk losing customers and revenue,” said Justin Barney, president and CEO of ScaleArc. “Our study confirmed that Americans demand movie ticketing websites and apps that are never down and always fast – especially during the peak summer blockbuster season – and many Americans won’t hesitate to move on to a competitor website or app if they aren’t satisfied with their performance.”