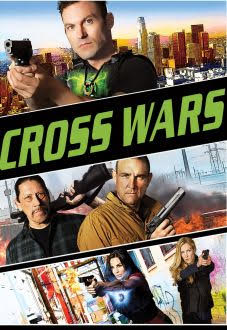 Written and directed by Patrick Durham, the film is a sequel to his film Cross. Durham’s love of superheroes and Irish history were the inspiration for the story in which he hopes audiences will enjoy a 90-minute escape from reality while having a few laughs.

Durham chose AlphaDogs to complete post-production on the film based on their reputation for delivering high-quality work. “They are certainly one of the top post houses in Los Angeles and in the film business,” said Durham. “They are true pros with the best crew and equipment. Hard to go wrong there.”

AlphaDogs colorist Sean Stack worked within Blackmagic Design’s Resolve workflow during the color correction process that included conforming the Final Cut Pro 7 timeline. Being a visual effects heavy project, Stack worked closely with the VFX artist in supplying high-resolution color corrected ProRes444 files for painting and compositing with shots being sent out right up until the final output. “We had little time to spare, but made the tight deadline. We delivered the film to Sony on time even with the 4K render being very large and the considerable amount of deliverables required for the various markets Sony distributes to,” said Stack. “The color correction and grading was really fun on this project and the director was very excited to see the picture come to life.”

Durham said, “We were very happy with the final delivery because it passed a very high level of quality control without any problems. AlphaDogs was able to fix and smooth out any and all problems and they are already our final destination for our next five films. You can count on them to take care of you and your film.”

Cross Wars was released on DVD and Blu-Ray earlier this year. Now available in stores nationwide, it can be streamed online.