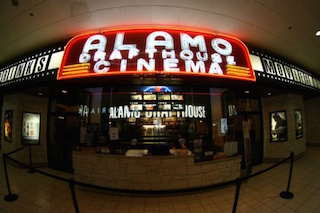 EclairColor is compatible with latest generation projectors from Sony Digital Cinema 4K and Barco, and adapts to all cinemas, from art houses to the largest multiplexes. Unveiled in Europe and the US during the second half of 2016, EclairColor technology significantly improves projection quality with richer colors, more light and definition, more depth of field and more density for a unique cinema experience.

These qualities are highly praised by professionals in the sector and have also received enthusiastic feedback from moviegoers, as shown by the perception survey conducted in France in early September. The study performed by an independent body, L’Observatoire de la Satisfaction www.observatoiredelasatisfaction.com, revealed a level of satisfaction among audiences of 96.7 percent. Moreover, 97.3 percent of moviegoers who attended the screening of a film in EclairColor intend to repeat the experience and more than two thirds will be recommending it to their family and friends.

Spectators spontaneously mentioned the beauty of the images, stating they are of superior quality, more colourful and brighter in comparison with a standard image. More importantly, according to the study, the projection in EclairColor significantly increased the level of appreciation of the film in relation to a screening in standard format (source: the Observatoire de la Satisfaction’s L’Echo du Public barometer). With EclairColor, the level of satisfaction increases by 4.5 points, and the level of high satisfaction rises by 12.3 points. "Spectators are manifestly more enthusiastic with regard to the film projected with the EclairColor process," states the report.

"EclairColor has established itself in record time in a large number of theatres in Europe, in both independent cinemas and large chains such as Megarama and Gaumont-Pathé or Cineplex in Germany, and today we are proud to finalise our first permanent installation in the United States, just a few weeks after the inauguration of our CinemaNext offices in Dallas," explained Jean Mizrahi, founder and chief executive officer of the Ymagis Group. “On the occasion of the 72nd FNCF convention, we are also delighted to share the extremely positive results of the first survey conducted among audiences, who spontaneously mentioned the EclairColor image quality as compared to normal screenings.”

For Till Cussmann, senior vice president of CinemaNext, "EclairColor represents a fantastic opportunity for the film industry. Its compatibility with a range of existing projectors means operators can offer their customers a new cinema experience at a reasonable cost, whilst we can deliver on our commitment to the film director or the director of photography that the film seen by the cinemagoer will be what they originally intended. The strict specifications of the EclairColor process ensure excellent control is retained over the projected image, thus guaranteeing that the artistic choices of the creative teams are properly reflected.”

Forty-seven films already released or upcoming – both French and American blockbusters and independent films – have been programmed in EclairColor for the French market alone since the launch of this HDR technology.

EclairColor is a registered trademark of Ymagis Group.

The full list of equipped cinemas and films available in EclairColor is available at www.eclaircolor.com