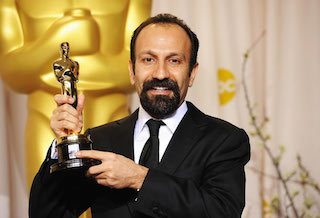 The American Film Institute released a statement today regarding award-winning Iranian filmmaker Asghar Farhadi, who will not attend this year’s Academy Award ceremonies because of President Donald Trump’s executive order banning Iranians from entering the country. Farhadi, who received a Golden Globe Award and an Oscar for Best Foreign Language Film for A Separation, is nominated again in the same category this year.

Here is the AFI’s statement:

“Asghar Farhadi has served as Artist-in-Residence for the past two years at the AFI Conservatory, and his classes had a profound impact upon the 250 young men and women who attend AFI from around the world.

“The AFI Conservatory stands with artists and filmmakers who find the power of creation through freedom of expression and freedom of movement. We believe any form of censorship — including the restriction of travel — to be against all values we cherish as a community of storytellers.

“We look forward to welcoming Mr. Farhadi back to AFI in the fall.”