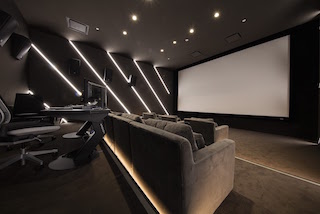 Ymagis Group will showcase its new EclairColor digital color solution in Los Angeles over a four-day period from November 1-4. The presentation will take place at the landmark 350-seat screening facility Harmony Gold Preview House on Sunset Boulevard, which has been specially equipped with a Sony Digital Cinema 4K SRX-R515 projection system.

Clint Eastwood’s biographical drama Sully was color graded at Technicolor LA by colorist Maxine Gervais. Produced by Malpaso Productions, the film tells the true story of pilot Chesley Sully Sullenberger, portrayed by Tom Hanks, and applauds him as a hero after he safely landed US Airways Flight 1549 in the Hudson River in New York back in 2009, saving 155 lives.

Created by Schuyler Helford a Los Angeles-based producer, writer and comedic actress (Anger Management, The Middle), the new web series Indoorsy is an original comedy about three agoraphobics who decide to move in together and open a day spa inside their apartment, appropriately called spa-partment. “I have learned that that color-correction is such a crucial part of setting the tone for the story, especially in comedy,” said Helford.