DVS will serve as an Official Supplier of the Berlin International Film Festival February 6-16 and provide three Clipster mastering stations as well as one SpycerBox Flex to handle storage and workflows. 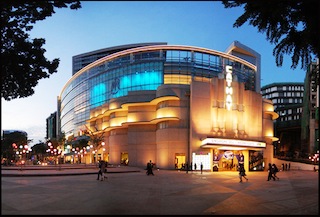 Cathay Cineplexes, one of the leading multiplex operators in Singapore, has installed the Dolby Atmos sound platform. The first movie screened there with the new sound format was I, Frankenstein (Lionsgate and Lakeshore Entertainment), starring Aaron Eckhart and Yvonne Strahovski.

Qube Cinema has been licensed to support Auro 11.1 by Barco playback in its flagship XP-D and XP-I digital cinema servers.

Morocco has just become the 41st member of the European Audiovisual Observatory. The decision was made by the Council of Europe's Committee of Ministers, which met in Strasbourg on December 13th. The Strasbourg-based Observatory, which is part of the Council of Europe, provides facts, figures, and economic and legal analysis of the audiovisual industries in Europe including cinema, television, video, on-demand services and Internet.

Cinemeccanica and IMG Cinemas Multiplex have introduced what the companies are calling the first immersive cinema in the world. Located in Venezia Mestre, Italy, the theatre opened last week.