Zeiler to Join Arri’s Executive Board

The Supervisory Board of the Arri Group, at its meeting yesterday, decided to appoint a new member to its executive board of the Arri Group which currently consists of Dr. Joerg Pohlman and Dr. Michael Neuhaeuser. Effective April 1 Markus Zeiler, until now head of the business unit lighting at Arri, will join them on the board. His new area of responsibility within the board will be the management of Arri’s global rental business. 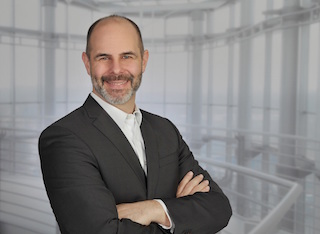 Professor Dr. Hans-Joerg Bullinger, chairman of the Supervisory Board said, “The rental business is of great importance to Arri. The company’s founders, August Arnold and Robert Richter not only built film technology equipment from 1917 onwards, but also promoted the rental business.”

He added, “The business development of Arri Rental is good, but very different worldwide. North America, as the most important film and TV market, offers Arri Rental special opportunities, but also challenges. Markus Zeiler will certainly dedicate himself to this task with the same passion he has brought to successfully managing and expanding the lighting business at Arri over the past six years.”

Zeiler is a graduate physicist from the University of Regensburg, Germany, and the University of Reading, UK. In 2000, he started his professional career at Osram Opto Semiconductors as a development engineer for LED and sensor technology. After 10 years, Zeiler accepted the position as general manager at the start-up Optogan, to build up their international business. He joined Arri’s lighting division in 2013, which he has since successfully managed together with Markus Lampier.