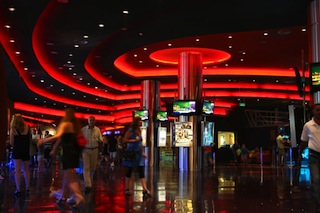 “We are using JBL loudspeakers in the movie theaters we set up in Israel and abroad, and this time we chose to upgrade and work with Crown’s new DSi Series amplifiers, which turned out to be a perfect combination and a winning formula for reliability and uncompromising sound. The combination of Crown and JBL gives perfect results,” said Ilan Schor, Cinema City International’s technical manager.

Schor said, “This time we chose Crown’s DSi series of amplifiers with built-in DSP, which includes perfect compatibility with every loudspeaker and enables simple and easy control of each component in the system. Also, the DSi-8M projection booth monitors also enable us to fully monitor the system during the screening.” A total of 126 Crown DSi 2000 amplifiers were installed in conjunction with 24 Crown DSi-8m state-of-the-art monitors.