Writers Lab for Women over 40 Open for Registration

The Writers Lab is asking for submissions for its 2021 program for women screenwriters over the age of 40. The Lab is produced by co-founders Elizabeth Kaiden and Nitza Wilon and New York Women in Film & Television, and has been supported by Meryl Streep, Nicole Kidman, and Oprah Winfrey. The Lab will see the emergence of its first completed project in 2021: Alyson Richards’ horror film The Retreat. 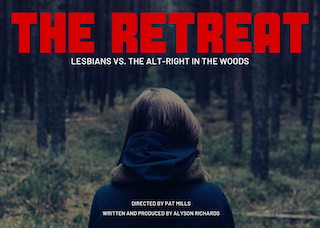 Streep said, “The Writers Lab provides practical tools and spirited encouragement for the work of screenwriters whose point of view, fruit of their age and gender, has been consistently undervalued in the marketplace. I am proud to support the greenhouse of such work.”

With demand for content from diverse voices skyrocketing, the Lab is expanding its call this year to include pilot scripts as well as narrative features. Feature and pilot writers selected for the October 2021 retreat will work one-on-one and in group sessions with acclaimed screen industry leaders to develop their scripts and their craft, and to build tools and strategies to achieve success, thus expanding the diversity of new content. 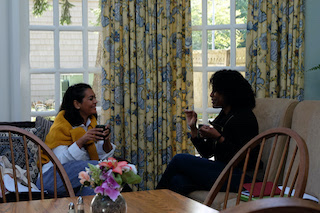 Established in 2015, The Writers Lab is the only program in the world devoted exclusively to script development for women writers over 40.

The Writers Lab 2020 welcomed its most inclusive class to date, with half of the selected participants identifying as diverse, and half of the projects identified as “genre.” In its first-ever fully virtual experience, the 2020 Lab, which saw a 25 percent increase in submissions, sought to address the extraordinary circumstances of the historic global moment. The desire for more women-led storytelling is clear, and the expansion to include pilots in 2021 will only serve to further The Lab’s mission of amplifying the oft-unheard voices of women over 40.

The Writers Lab alumni have gained recognition post-Lab: six landed writer-for-hire jobs, five were signed by managers or agents, two won The Academy Nicholl Fellowship. Four Lab projects have been optioned or moved into production, one is in post-production, and the Lab will see the emergence of its first completed project in 2021, Alyson Richards’ horror film The Retreat.

New in 2021, The Cornelia T. Bailey Foundation, dedicated to the promotion of the arts, education, and initiatives that seek to better our world utilizing nature and the sciences, will provide funding for The Writers Lab to provide additional resources for its 72 alumni, including its first CharacterFest Pitch Session for the class of 2020 with agents and managers planned for Spring 2021.

The mentors for 2021 – including industry leaders specializing in television development – will be announced soon.