Wonderfilm Media, founded by Jeff Bowler and Bret Saxon, will showcase the company’s slate of feature films and episodic television across all platforms this week as the American Film Market presents its annual gathering online November 9-13. 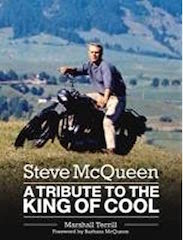 Upcoming Wonderfilm Media projects include a biopic on Tampa Bay Rays breakout star, Randy Arozarena. The outfielder escaped Cuba on a makeshift boat in 2015, started a new life in Mexico before making his way to the U.S and has become the most talked-about player in Major League Baseball. Wonderfilm is also developing the highly coveted Steve McQueen biopic as a limited series based on Marshall Terrill’s book, A Tribute To The King of Cool.

“We’re thrilled to present our impressive slate to industry and audiences alike during AFM,” said Bowler. “Wonderfilm’s fresh momentum has our team entering 2021 with nine feature film productions and one scripted series all set for shooting, and another 15 in various stages of development.”

Bowler and Saxon took Wonderfilm private this year, buying out the other partners who went their separate ways. The two men produced the Leslie Iwerks documentary Dirty Oil aka Downstream, which was short-listed for an Oscar in 2009.

Last week in Toronto the company wrapped production on the supernatural horror film Lullaby, which was directed by John Leonetti. Cast and crew adhered to all COVID-19 production guidelines and there were no cases of the virus on set. The film is set for a major release next October.