The Women’s Film Preservation Fund of New York Women in Film & Television call for submissions for its film preservation grants for the 2020 cycle is still open but time is running out. The extended deadline is May 1. 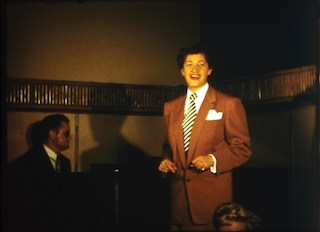 Since 1995 the WFPF has been bringing awareness to women’s enormous accomplishment in filmmaking by funding preservation of films made by American women everywhere and films made in the US by women from other countries.  To date, we’ve preserved approximately 135 of these American-made films, bringing back into view important lost films and significant but overlooked films from the past, showing that women have been integral to filmmaking since its inception.

From the outset, the WFPF’s ambition has been to make visible women’s filmmaking achievement in all of its breadth, variety, and innovation.  Preserved films in our roster represent all genres and lengths including narrative, documentary, experimental, and animated films, as well as home movies and other forms. Our aim has always been to show the diversity of women’s filmmaking by including as many voices and vantage points as possible. To this end we have funded films by women of all colors, a range of ethnicities, and those representing otherwise marginalized voices.

In this light, we would like to make sure that Black filmmakers and archives and institutions that hold films by Black women are aware of our grant and invite them to apply for our 2020 grant.  We welcome films on issues that resonate with Black Lives Matter, but also on any other subjects, and in any genre.  Applicants with films by women from BIPOC communities are especially encouraged to apply.  However, we continue to welcome films of any and all genres, by women makers who are from all cultures and backgrounds.

Grants of up to $10,000 are awarded for film preservations biennially, though grant awards are often smaller.

Please begin the application process early since it requires a detailed budget based on an approved film preservation laboratory’s examination of the film elements to be used. Shipping elements to the lab takes some time.

For questions and assistance with the application, please email: [email protected] with the subject line “WFPF Application Question.”  We are best able to assist you and catch any irregularities in your application if you contact us early in the process.

For more information on the WFPF please visit womensfilmpreservationfund.org