CinemaCon’s Excellence in Event Cinema Award will be presented to Warner Bros. for their continued interest and success in creating theatrical experiences around content from the company’s various divisions, including Warner Bros. theatrical, home entertainment and DC Comics. 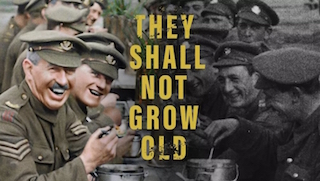 The studio recently enjoyed tremendous success in the event cinema space with some unique projects. Peter Jackson’s stunning WWI documentary They Shall Not Grow Old not only broke new ground in the restoration of film, but also broke box office records. It is now the highest-grossing event cinema title in North America. In juxtaposition, the 80th anniversary of two beloved features, The Wizard of Oz and Gone with the Wind, became the two top grossing classic films in Fathom Events’ history.

Warner Bros. has utilized the event cinema space to debut, revive and celebrate content since its 2006 screenings of Nightmare on Elm Street. During this 13-year span, Warner Bros. has distributed 38 unique titles across 70 event screenings, generating more than $30 million in gross box office revenue and attracting more than 2.6 million attendees.

CinemaCon, which will be held April 1-4 at Caesar’s Palace in Las Vegas is the official convention of the National Association of Theatre Owners.