For the fourth consecutive year, Volfoni will be the official 3D technical partner for all 3D screenings at the 72nd Cannes Film Festival, which takes place May 14-25 in the Palais des Festivals et Congresses, in La Croisette, France. 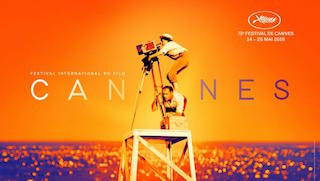 In addition to being the most famous film festival in the world, it is well known that The Cannes Film Festival organizers, supported by the French CST (Commission Supérieure Technique de l’Image et du Son), are very strict and demanding regarding the technology and level of quality for a perfect performance, being the sole decision-makers regarding the choice of equipment and the final quality level required to ensure the best screenings possible. The incredible high-end screenings delivered in Cannes are recognized by some of the most prestigious directors as being the best in the world, satisfying their strict requirements and standards in order to show the films they produce.

This exclusive partnership will involve the use of Volfoni’s high quality studio approved Edge 1.2 active glasses, together with Volfoni’s ActivHub Cinema emitters in order to ensure the best performance, wide 3D viewing angle and 3D image quality throughout the auditorium.

The continued partnership with the Cannes Film Festival also demonstrates the festival’s commitment to providing the most realistic and immersive 3D experience possible and reinforces Volfoni’s leader status in the digital 3D cinema industry for both active and passive 3D solutions.