FuseFX has added two experienced visual effects supervisors to its creative team in Los Angeles. Dan Levitan brings more than 80 credits as a supervisor and artist on motion picture and television projects spanning two decades. At FuseFX, he is VFX supervisor for the CBS crime drama Criminal Minds: Beyond Borders, in addition to co-supervising the ABC drama Notorious.

“Our Los Angeles operations continue to grow and contribute to some of the best shows on television,” said FuseFX president David Altenau. “We are very excited to welcome Dan and Sam who bring incredible experience and talent, as well as a passion for excellence. They will help to ensure that we continue to deliver spectacular results for our clients.” 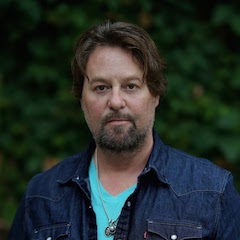 Sam Edwards joins FuseFX with an equally strong resume that includes work on such films as Avatar and The Curious Case of Benjamin Button, as well as an Emmy nomination for the Fox series Cosmos: A Spacetime Odyssey. His current projects include Amazon’s Good Girls Revolt and Making History, a Fox series slated to debut in 2017. 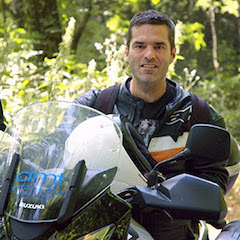 Levitan’s credits as VFX supervisor include War Dogs; Hail, Caesar!; Horrible Bosses 2; The Hangover (Parts 2 and 3); Reign of Fire; Heaven is for Real and Gangster Squad, among others. Previously, he spent many years as a supervisor at Hammerhead Productions, Disney, Cinesite, Warner Bros., Digital Dimension and elsewhere.

Levitan’s life-long passion for photography is reflected in the filmic look of his visual effects designs and his desire to materialize the client’s vision as authentically as possible. He is excited to apply those skills to episodic television projects at FuseFX.

“It’s a great time to be in television,” he said. “I’m extremely excited about the shows that are in production and being green lit. The quality of work that FuseFX is able to deliver and the way the studio is run makes it an amazing environment to work in.”

Edwards’ career in visual effects also spans more than 20 years. He ran a VFX boutique in New York for more than a decade, primarily servicing advertising clients. He later spent five years as an Inferno artist and compositor at Industrial Light & Magic. His credits include three films that won Academy Awards for visual effects (Pirates of the Caribbean: Dead’s Man Chest, The Curious Case of Benjamin Button and Avatar). His Emmy nomination for Cosmos: A Spacetime Odyssey came in 2014. His television credits as VFX supervisor include The Newsroom and Shameless.

“My number one responsibility is to the script,” said Edwards of his role in television. “My job is to read what is on the page and find opportunities where visual effects can help tell the story more effectively. My focus is not on the biggest effects, but rather on those that are going to produce the most dramatic results.”

Edwards added that he was attracted to FuseFX by the caliber of television shows it services. “It’s an amazing opportunity to work with talented crews and production teams, and to make great pictures,” he said.