Emmy Award-winning visual effects supervisor David W. Reynolds has joined the creative team at Break+Enter, a Nice Shoes company. A 20-year industry veteran, Reynolds brings top-level experience across features, television, and advertising, including such notable projects as Jessica Jones, The Tick, Joker, The Get Down and Boardwalk Empire. In his new role, Reynolds will oversee film and television visual effects from inception through delivery, supervise teams of artists, and provide on-set visual effects supervision. 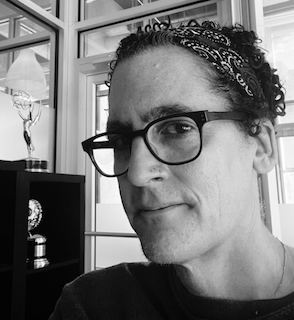 Reynolds experience on marquee projects, leadership skills and creative vision make him a great addition to Break+Enter growing team. “David has a wonderful reputation as an artist and supervisor of the first rank,” says managing director/executive producer Camille Geier. “He brings a proven ability to tackle any challenge, meet impossible deadlines and deliver inspired, world-class visuals. We’re delighted to have him.”

Reynolds is well known to other senior Break+Enter staff, including visual effects supervisors Ari Rubenstein and Gabriel Regentin, with whom he has collaborated frequently in the past. “I couldn’t be happier to have David on our team,” says Rubenstein. “He not only brings a wealth of skills and experience, but also a rare personality and character.”

Regentin agrees, adding that Reynolds will make an immediate impact, helping Break+Enter manage its growing roster of projects. “David knows the business from the ground up,” he observes. “That means everything to a boutique studio like ours where we strive to deliver customized, creative solutions to a wide gamut of clients.”

A product of New York’s School of Visual Art, Reynolds got his start as a compositor at Spontaneous Combustion. He went on to work as a Flame/Inferno artist at many New York shops. In a key early project, he served as a Nuke finishing compositor on the animated film Ice Age 3 through Blue Sky Studios. He earned his first credit as a compositing supervisor at Brainstorm Digital on the HBO series Boardwalk Empire. He went on to win an Emmy Award and two Visual Effects Society Awards for his work on the show.

Reynolds spent nearly four years at FuseFX, New York. As visual effects supervisor and head of 2D, his credits there included The Tick, Madame Secretary, FBI and Pose. For the past several years, he has worked as a freelance VFX supervisor on projects including the Starz! series Power Book II: Ghost and Power Book III: Raising Kanan, and compositing supervisor on the HBO series Mare of Easttown.

Reynolds says he is happy to have found a permanent home at Break+Enter. “It’s the perfect situation for me,” he notes. “It’s an opportunity to take ownership of projects from the script to final. I enjoy supervising artists in studio settings, and I also enjoy collaborating with directors and other production staff on sets. It’s very exciting to enter a situation that offers both components as part of an exceptional team.”