Velocity has expanded its exhibitor network as part of its agreement with Screenvision Media to install as many as 1,000 individual theatres with up to 4,000 digital displays. The displays will promote exhibitor offerings and upcoming movies, national, local, and regional advertising, and be connected to the leading programmatic advertising exchanges. 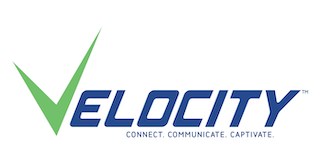 At CinemaCon the company also introduced its newest proprietary digital signage offering: a seven-foot-tall digital standee. With its sleek design, 4K resolution, and one or three independent messages with audio, this large digital standee provides an engaging experience for consumers and additional advertising touchpoints for studio clients seeking to amplify their message via both on-screen and throughout Velocity's theatre lobbies.

Velocity's digital standee and the digital poster are part of the new deployments among the 4,000 innovative digital displays to be deployed in cinemas nationwide, including within the 12 theatre groups signed to Velocity's Cinema Lobby Network in the past six months. Those theatres signed include 1 Better, Allen Theatres, Ashbrie Cinemas, CineLux Theatres, Classic Cinemas, Fridley Theatres, Malco Theatres, Marcus Theatres, Parrot Film Company, Patriot Cinemas, Premiere Cinemas, and Your Neighborhood Theatre. 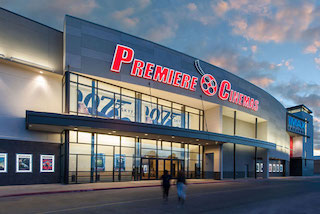 "We are excited to work with Velocity as their cinema lobby solutions elevate the lobby experience. In addition, it will allow us to communicate our offerings while providing an enormous opportunity for advertisers to connect with the valuable moviegoer audience," said Joel Davis, chief operations officer of Premiere Cinemas.

Theatre reserved seating has allowed consumers to spend more time in the lobby and concession areas as there isn't a rush to find a good seat. This has led to digital standees bringing more impressions, better brand recall, and generating incremental revenue for the studios and exhibitors.

"This steadfast cinema lobby expansion, along with the announcement of the digital standee, is a true testament to Velocity's longstanding reputation for delivering digital innovations and advertising accessibility for studios and exhibitors," said Joe Ross, chief commercial officer for Velocity MSC.