UNIC Stands with Ukranian Exhibitors and with the Ukranian People

The Union Internationale des Cinémas/International Union of Cinemas, the trade body representing the interests of cinema operators across 39 European territories, has today issued a statement expressing its solidarity not just with Ukrainian exhibitors but also the Ukrainian people as they look to repel the attack on their country by Russian forces. The statement, issued on behalf of UNIC’s board of directors, reads as follows: 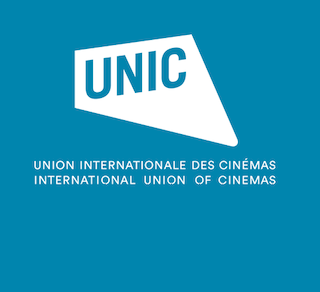 “We have watched with growing horror the death and destruction arising in recent days from the decision of the Russian Government to invade its near-neighbour Ukraine.

We stand in absolute solidarity not just with our Ukrainian colleagues but also the Ukrainian people as they seek to withstand this outrageous and unwarranted attack.

As a wide-ranging European organisation, our membership includes operators and associations in both Russia and Ukraine. But we cannot stand by and remain silent on such terrible actions and note with huge respect the statements and positions taken by some Russian colleagues in opposition to the war.

There is no division in our minds between our mission to promote the cultural value of cinema-going and our desire to encourage European unity and celebrate the diversity of different European territories.

This attack on all of those principles is therefore to be steadfastly resisted and we wholeheartedly support any measures taken by the international community quickly to bring this bloodshed to an end.

More practically, we stand ready to do all we can to support Ukrainian colleagues when the time comes to rebuild those cinemas destroyed by Russian aggression, so that their audiences can once again enjoy the inclusive big screen experience.”