The International Union of Cinemas (UNIC) has called for films selected in competition at leading film festivals to receive a full theatrical release. Following the decision from the Berlinale Film Festival to include the Spanish original film Elisa y Marcela in its 2019 official selection, the association released the following statement: 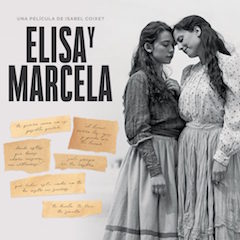 “UNIC supports German cinema exhibition colleagues and others in encouraging festival competitions only to consider for inclusion those films intended for a full theatrical release.

Cinemas welcome anyone who brings strong film content to audiences in theatres. Thanks to their prestige, leading film festivals have both the honour and the responsibility of bringing quality and diversity to audiences around the world. We expect them to ensure that all selected films observe established industry norms – including a full and genuine theatrical release, as mentioned in the competition guidelines of the Berlinale.

“We can’t imagine that festivals propose programes just for a small number of subscribers of specific streaming platforms, privatising both the audience and the films themselves. Theatrical releases not only represent the gold standard for film viewing, but also provide the opportunity for the widest possible audience to discover and enjoy as broad a range of film content as possible, a fair and transparent business model of longstanding and proven benefit to audiences as well as to the wider film and cinema sector.

“Giving films theatrical runs should not only be about meeting qualification criteria for festival awards. A balance should be struck between benefitting from the prestige of festivals and respecting established industry practices that are crucial in ensuring the future prosperity and diversity of the entire film sector.

“In addition, we ask that festivals should undertake stronger checks on whether films in their official selection would receive proper theatrical releases. As a rule, the Berlinale clearly states that only films ‘intended for theatrical release’ are eligible for competition. We are concerned that there seems to be no such plan for Elisa y Marcela.

“In short, we strongly believe that leading film festivals around the world should celebrate the social, cultural and economic relevance of cinemas and take responsibility for diversity and access to films for everyone. We would highly encourage future selection policies to be designed with these principles firmly in mind.”