The International Union of Cinemas and the Film Expo Group have announced the 2021 recipients of the CineEurope Gold Awards, given to cinema professionals for their outstanding dedication and service to the sector. The Awards will be presented as part of the CineEurope Awards Ceremony on October 7 at the Centre de Convencions Internacional de Barcelona in Barcelona, Spain. 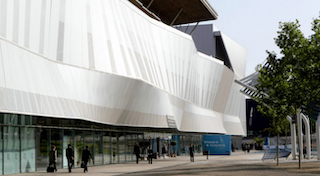 The Gold Awards, introduced at CineEurope 2018, recognize those individuals who have in the opinion of their peers made an exceptional contribution both to the ongoing success of their company or organization but also to the wider European cinema industry.

The recipients of the 2021 Gold Awards are:

The 2021 recipients were meant to receive this recognition at CineEurope 2020, but due to the unavoidable cancellation of that event, their Awards have been held over to this year.

Welcoming the announcement, UNIC president Phil Clapp said: “On behalf of UNIC members, I would like to congratulate each of the awardees for this great achievement and thank them for their hard work and dedication to the European cinema industry. These Awards underline - especially in times like this - just how much the recovery and success of our industry relies on its people on their passion, expertise and commitment. We are looking forward to celebrating with the Gold Awardees at CineEurope in October.”

“The Gold Awards were started by UNIC and CineEurope in order to recognize individuals that have served our industry in so many ways throughout their careers,” said Andrew Sunshine, co-managing director of CineEurope. “On behalf of the entire Film Expo team, I would like to take this opportunity to congratulate the eight individuals being honored in 2021 and thank them for their contributions, hard work and dedication. Each and every one exemplifies what this award is about.”