British colorist Adam Inglis, whose credits include such features as Far From the Madding Crowd, Mr. Turner and Sherlock Holmes: A Game of Shadows, as well as the television mini-series Wolf Hall, has allied with Post Factory NY, a Sim Group company, for U.S.-based feature and television projects. He has already completed two projects through Post Factory NY, performing final grading for the independent films Little Men and Breakable You. 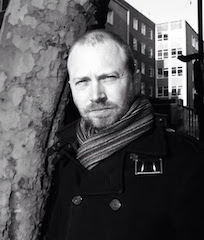 “We are thrilled to be working with Adam. His undeniable talent, extraordinary eye and deep appreciation for filmmaking is a perfect match for Post Factory NY’s culture of excellence through creative collaboration and partnerships with our clients,” said Alex Halpern, founder of Post Factory NY. “As we continue to grow our company, we look forward to developing a team that can work with our clients anywhere in the world.”

Based in London, Inglis has worked throughout Europe but this is his first foray into the U.S. market. “New York is quite an exciting place to work at the moment; it’s experiencing a boom,” Inglis said. “Post Factory NY is the perfect place for me to get started in the U.S. It’s well situated, has great gear and an excellent support staff, and a long tradition of serving the film community.”

Inglis began his career as an editor but turned to color grading in 2001. He was a staff colorist at Framestore London for five years and senior colorist at Deluxe London for three years. He’s worked as a freelancer for the past seven years and has been ranked among the top UK colorists in an annual survey conducted by Televisual. Other notable credits include the upcoming releases Unlocked, Genius and The Nice Guys, as well as past releases Black Sea, Sherlock Holmes, Atonement, Monsters, The Last King of Scotland, Hellboy 2: The Golden Army and Wintersleep. He is skilled in all major grading platforms.

“It is important to me to work on a variety of projects, independent films, studio films, television,” Inglis said. “Every film presents a unique and exciting challenge and I enjoy getting inside it and discovering what it wants to be.”