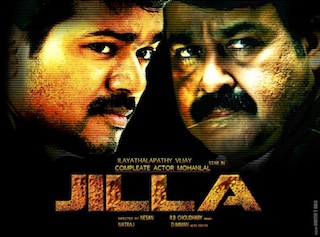 Prakash, owner of Trinity Studios, was immediately convinced of Auro’s value. “We met Mr. Wilfried Van Baelen, CEO of Auro Technologies, in 2013,” he said. “After witnessing Auro perform in our studio, we were immediately convinced of the format’s superiority. So far, we have already mixed two blockbuster films in Tamil, Jilla and Aarambam. Since December 2013, two more movies have been mixed and prepared for release.”

Prakash and Lakshminarayan founded Trinity Digy Labs in 2000 as a collaborative enterprise. With a clear goal of providing complete audio solutions to moviemakers, music directors and documentary filmmakers, Trinity has been at the forefront of sound design over the past decade. Services include FX recording, dubbing, Foley, mixing and more to deliver a comprehensive package to filmmakers

Additional Tamil movies will be mixed in the format over the upcoming months, making them ready for screening in theaters equipped with the Auro 11.1 by Barco sound system.

“The aim of this new format is to perfect cinema sound,” says Abel Garamhegyi, managing director at Barco India. “In a modern theater, people are stimulated by both sound and pictures, creating a total experience. Auro 11.1 by Barco enables full auditory immersion, which is why more and more studios and cinemas are convinced that this is a sound investment. And the figures don’t lie either: ticket sales for halls equipped with the Auro 11.1 speaker system are much higher than with the standard 5.1. In short, it is a very powerful tool in the ongoing battle for the viewer, whether that is with other theaters, moviemakers or home cinema sets.”