The Mumbai bench of the National Company Law Tribunal has approved the merger of PVR and Inox Cinemas, setting the stage for India’s top two multiplex chains to become a single conglomerate. 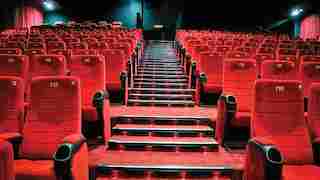 PVR and Inox announced their proposed merger in March 2022. Soon after, in June 2022, both the NSE and BSE granted their approvals for the merger. However, it was only in October 2022 that PVR received a final approval of the plan from its shareholders.

“We believe, the PVR-Inox merger, if it [happens] in the near term, may trigger multiple synergies immediately, in the form of advertising revenues and convenience fee for the merged entity, which should directly improve overall profitability," PTI quoted Elara Capital as saying.

As of now, the details of a PVR-Inox merger remain undisclosed.