Timewaying Moves from 3D to LED

Earlier this month, the Chinese manufacturer Timewaying Technology announced that its LA2K-10 LED Cinema System had passed the DCI Compliance Test Plan. Timewaying is the largest 3D equipment supplier for the Chinese market, with more than 30,000 3D systems installed among 11,000 cinema sites across China. 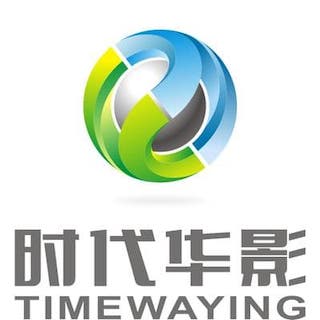 Founded in 2011, Timewaying led the 3D technology migration from active 3D glasses to a passive glasses system. This combined with other innovative technology allowed Timewaying to fuel the 98 percent coverage of 3D screen installation during the fastest growing period of the Chinese cinema industry.

Riding on the vision to continuously upgrade the movie going experience, Timewaying decided to develop an LED cinema system in 2018.

“Timewaying believes LED technology will revolutionize the cinema viewing experience because it delivers a truely black screen,” said Andrew Chan, general manager of Timewaying. “Since the screen absorbs light from secondary-reflection rather than just reflecting it, the intra-frame contrast ratio can be increased by more than 20 times the ratio achieved by using 100-year-old white screens. Even though the color gamut of an RGB projector can potentially be wider than an LED screen, Timewaying is convinced the improvement in intra-frame contrast ratio will practically deliver the real pure colors in the DCI-P3 specification.”

“Our plan is based on the idea of providing the LA2K-10 so it can run on a very reasonable power budget,” said Timewaying chieg technology officer Kenny Chow. “With this new product, we’re able to show films at three times the normal level of brightness creating an amazing experience for the consumer while still only requiring roughly the same power consumption.”

“Timewaying believes delivering a good cinematic experience is still the key to good story telling and enhancing healthy social interaction,” added Chan.  “With the launch of this new technology to the market, Timewaying is looking forward to working closely with both studio and exhibitor partners to bring outstanding film viewing experiences to audiences around the globe.”