With just a few days left before the year’s most anticipated film hits theatres, Fandango is reporting that more than 4,000 Avengers: Endgame showtimes have already sold out at theatres across the country – from big cities to small towns, from Hilo, Hawaii to Newington, New Hampshire. The nation’s theatre chains are constantly posting new showtimes and adding new screens for Endgame on Fandango to meet the fan demand. 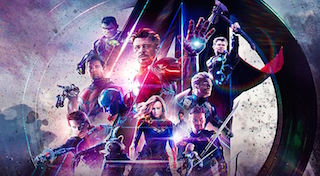 Endgame is leading this week’s presales and earning a rare and perfect 100 out of 100 points on Fandango’s Fanticipation movie buzz index.

In preparation for Endgame, fans are also rushing out to catch Captain Marvel, which debuted to huge numbers in March. Captain Marvel is number four on Fandango’s Fanticipation movie buzz index more than six weeks after its domestic release.

According to a survey of more than 1,000 moviegoers planning to see Endgame:

81 percent are trying to avoid all spoilers for Avengers: Endgame

63 percent feel that the release of Avengers: Endgame marks an historic moment in cinema

“The wait is finally over,” says Fandango managing editor Erik Davis. “Avengers: Endgame is a masterful epic. It’s everything fans would want: a true culmination of 22 MCU films that not only concludes the story, but expands upon it.”