The Boston International Kids Film Festival returns for its 10th annual weekend dedicated to films for kids, by kids, and about kids. Featuring workshops, panel discussions and nearly 80 films from a dozen different countries, BIKFF will run November 18-20 at the Mosesian Center for the Arts in Watertown. 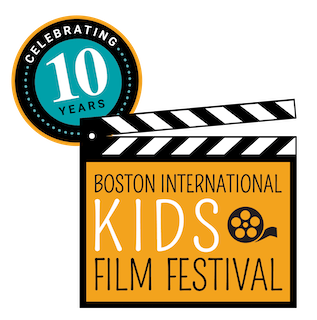 The festival will showcase many films with local ties this year, including a feature documentary chronicling a debate team from Newton that follows a group of girls as they struggle to find their voices in the competitive, male-dominated activity of high school debate.

The festival’s other two features include a story of four young friends and their struggles growing up queer and a fictional film about ballet starring a local Boston dancer. In addition to regular screenings in two theatres at the Mosesian, the festival will also offer panel discussions for professional filmmakers and acting and stop motion animation filmmaking workshops for younger artists.

BIKFF features feature-length documentaries, animated shorts for children 10 and under, and short films appropriate for middle school-aged and beyond. The festival will also include films made by students participating in another program of Filmmakers Collaborative, FC Academy - an after-school and summer vacation filmmaking program that introduces kids to the latest technology and filmmaking techniques.

“We’re looking forward to showcasing this year’s selection of films,” said Laura Azevedo, executive director of Filmmakers Collaborative, the festival’s presenter. “This year’s festival includes magnificent films with strong local ties. Showcasing these conveys how much the film industry in and around Boston has developed since the launch of the festival 10 years ago.”

For more information including a complete schedule of screenings and to purchase tickets, visit http://bikff.org/.