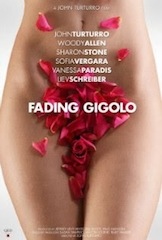 Technicolor-PostWorks New York provided post-production services for three films screening this month at Camerimage, the world’s leading international film festival celebrating cinematographers and the craft of cinematography. They include Fading Gigolo whose director, John Turturro, will receive the festival’s Special Award for an actor-director, as well as Inside Llewyn Davis and Lee Daniels’ The Butler, which will compete for the festival’s coveted Golden Frog Award in its Main Competition. The 21st Camerimage International Film Festival is being held now through November 23 in Bydgoszcz, Poland.

Technicolor and Technicolor-PostWorks New York have a long history of support for Camerimage and the films that screen there. In 2010, Technicolor-PostWorks introduced Keanu Reeves to the organizers of the festival, which later served as the backdrop for his documentary on digital cinematography, Side by Side.  The documentary debuted at Camerimage last year and the facility is currently re-mastering the project to 35mm film for presentation at the Academy of Motion Picture Arts and Sciences.

“For many years Technicolor-PostWorks has taken a great interest in helping out Camerimage by connecting us with key filmmakers and pertinent content,” said Camerimage Festival Office Manager Kazik Suwala.  “This year the relationship continued through an introduction to John Turturro and his new feature Fading Gigolo.  We are grateful for their support.”

Fading Gigolo was the fourth film directed by Turturro to be finished at Technicolor-PostWorks. The facility provided similar services for his films Mac, Illuminata and Romance & Cigarettes.

“Over the years John has taken an increasingly active role in the post production of his films,” said Charles Herzfeld, senior vice president of feature sales. “He guides the process.”

Technicolor – Post Works also provided conform and digital intermediate color grading for Lee Daniels’ The Butler. Director Lee Daniels is another longtime client of the facility —TPNY provided similar services for Daniels’ films Precious: Based on the Novel Push by Sapphire and The Paperboy.  Both Precious and The Butler were shot by Andrew Dunn, BSC and were graded by Stipan.