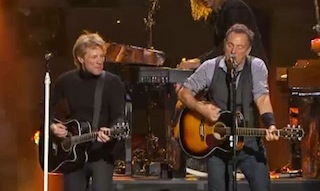 Technicolor-PostWorks New York provided post-production services to five films that screened at this month’s Toronto International Film Festival. They included three narrative films, John Turturro’s Fading Gigolo, David Frankel’s One Chance, and Ned Benson’s The Disappearance of Eleanor Rigby: Him and Her, as well as Alex Gibney’s documentary The Armstrong Lie, and The Weinstein Company’s concert film 12.12.12: The Concert for Sandy Relief.

“We congratulate all of the filmmakers on their success in Toronto,” said Technicolor-PostWorks chief operating officer Rob DeMartin.  “Our team takes great pride in working with some of the world’s most talented directors, cinematographers and editors and in helping them to achieve their creative visions.”

Director David Frankel’s One Chance is a comedy centered on an aspiring singer who becomes a reality-show sensation. Starring Julie Walters, Colm Meaney and Mackenzie Crook, the film was shot by cinematographer Florian Ballhaus and edited by Wendy Green Bricmont. Technicolor-PostWorks’ George Bunce served as DI editor. Colorist Paul Ensby flew in from Technicolor, London, to grade the film under Ballhaus’s supervision.

Marking director Ned Benson’s feature debut, The Disappearance of Eleanor Rigby: Him and Her is a heart-wrenching drama about the dissolution of a marriage, told from the husband’s and wife’s points of view in altering perspectives. The film stars Jessica Chastain and James McAvoy, with cinematography by Chris Blauvelt. At Technicolor-PostWorks, DI conforming and color grading was done by Ben Perez.

The Armstrong Lie is Academy Award-winning director Alex Gibney’s powerful examination of the career of Lance Armstrong, centering on the cyclist’s 2009 comeback attempt and subsequent fall from grace.  The film, which was shot by Cinematographer Ben Bloodwell and edited by Andy Grieve, Lindy Jankura and Tim Squyres, went through editorial conforming and final color grading at The Room, the boutique finishing facility located within Technicolor-PostWorks. Jack Lewars was the DI colorist, Ben Murray was the supervising conforming editor, and Allie Ames and Jeff Cornell were conforming editors.

12.12.12: The Concert for Sandy Relief documents last year’s storm-relief benefit concert featuring Paul McCartney, The Rolling Stones, Bruce Springsteen, The Who, Kanye West, Jon Bon Jovi, Alicia Keys and many others. The film was produced by Harvey Weinstein (among others) who was also a co-organizer of the concert.  DI conforming and film color grading was performed by The Room’s Jack Lewars.