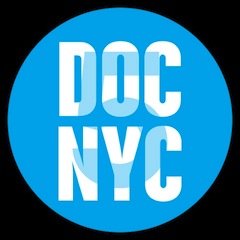 Technicolor-PostWorks New York is serving as a Signature Sponsor of this month’s DOC NYC documentary film festival. The facility, which has a long history of collaborating with feature length documentarians, will also host a featured panel discussion offering advice to documentary filmmakers on navigating the post-production process.

Now in its fifth year, DOC NY has become the country’s largest film festival devoted to documentary films, this year including more than 150 films and events and 100 special guests. The Wall Street Journal has called it “one of the city’s grandest cinema events.” “Technicolor-PostWorks is extremely proud to lend its support to this great festival,” said Rob DeMartin, the facility’s COO. “Documentary filmmakers bring unparalleled passion to their work and continue to inspire, enlighten and move us. We look forward to seeing the films DOC NYC has discovered this year.”

DOC NYC is slated for November 13-20 in New York City.

Joe Beirne, CTO of Technicolor-PostWorks, and Ben Murray, founder and principal of The Room, Technicolor-PostWorks’ boutique finishing facility, will host a discussion titled Post-Production: Is It Worth It?  Esteemed documentarians Laura Israel (Windfall,Viewfinders Grand Jury Prize at DOC NYC 2010) and Melinda Shopsin (The House I Live In, Grand Jury Prize 2012) will join the conversation addressing the needs of both veteran and novice filmmakers, as well as new approaches to editorial, color, sound design and final delivery. They will also talk about emerging camera formats and their impact on the post-production process. The discussion is scheduled Thursday, November 13th, at 2:00 p.m. in the IFC Center.

Making its New York festival debut at DOC NYC is 9-Man, which was finished at Technicolor-PostWorks’ The Room. Marking the directorial debut of Ursula Liang, the independent documentary about a gritty streetball sport popular among Chinese-Americans. The Room’s Jeff Cornell performed the final grade.