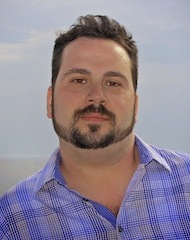 Formerly a senior colorist at Deluxe, New York, Raffaele arrives with broad credits in independent film and episodic television. He has served as the finishing colorist on the CBS series Blue Bloods for the past four seasons, and has worked with a number of top cinematographers including Dean Cundey, Igor Martinovic, Javier Aguirresarobe, Anette Haellmigk and Rachel Morrison.

“Anthony is a rising talent with strong relationships among established and emerging directors and DPs,” says Technicolor PostWorks COO Rob DeMartin. “At Technicolor-PostWorks, he will have the full support of our engineering staff and the technical resources needed to apply his talents and develop existing and new creative relationships.  We’re excited to have him join our team.”

For his part, Raffaele sees an opportunity to take his career to the next level. “Technicolor-PostWorks is a facility on the rise,” he says. “It has great management and exceptional talent, including many people with whom I’ve worked before. It’s a great fit.”

Raffaele began his career with Nice Shoes in 2001 and joined Deluxe in 2009. He has experience on a variety of grading platforms, including Autodesk Lustre, Da Vinci Resolve and FilmLight Baselight. He earned his first credit as a DI colorist on the 2011 horror thriller Silent House, where he collaborated with cinematographer Igor Martinovic. He worked with Martinovic again last year on the indie drama Sunlight Jr. starring Matt Dillon and Naomi Watts. His most recent feature credit is Freedom, lensed by Dean Cundey.

On Blue Bloods¸ Raffaele has been collaborating with well-known television DPs Craig DiBona and David Insley. His other television credits include The Tomorrow People and Gotham, both with director Danny Cannon, and The Corrections, a pilot written and directed by Noah Baumbach and based on the Jonathan Franzen bestseller. Raffaele’s extensive credits as dailies colorist includes Blue Jasmine, The Dictator and Remember Me. He has a degree in film from Hofstra University.