Keshet Studios CEO Alon Shtruzman and has announced the launch of Keshet Films. The newly formed global feature development and production division will be co-headed by award-winning producers Mandy Tagger-Brockey and Adi Ezroni. Keshet Studios is the LA-based subsidiary of Keshet International.

Reporting to Keshet Studios scripted president Peter Traugott in Los Angeles, Tagger-Brockey in New York and Ezroni in Tel Aviv will form a unit producing features budgeted between $10 million and $20 million for the US and international markets. 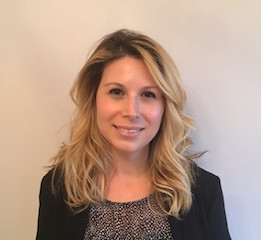 “KI is a premium content company that is always on the lookout for the best creative talent, and that is exactly what we have in Mandy and Adi,” said Shtruzman. “They are a perfect fit, bringing to us a distinct point of view, filmmaking savvy, a desire to create meaningful and entertaining content, as well as an outstanding track record of producing excellent films – of all budget sizes with high-quality casts, writers and directors attached.”

Traugott added, “When we launched Keshet Studios nearly two years ago, Alon and I knew our next primary objective would be to gain a foothold in the feature film business. Mandy and Adi have an incredible network of creative relationships throughout the Hollywood, New York and Israeli film communities. We are very lucky to have them join KI and are excited for them to lead this new venture.” 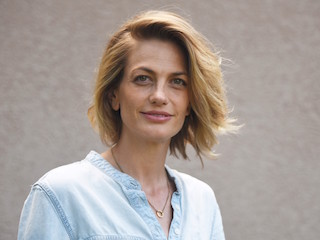 The producers join KI from their New York-based Spring Pictures label, where they developed, financed and produced a multitude of award-winning independent films.

“We are thrilled to set up in house at a quality-driven company like Keshet International, furthering our commitment to supporting great talent and unique storytelling,” Tagger-Brockey and Ezroni commented. “Working closely with Alon and Peter, we intend to bring KI into the film world as an active and disruptive player."

Tagger Brockey’s and Ezroni’s arrival at Keshet Films coincides with the April 23 world premiere of Spring Pictures’ Saturday Church, written and directed by two-time WGA Award nominee Damon Cardasis, at the 16th annual Tribeca Film Festival. A rousing celebration of one boy’s search for his identity, Saturday Church marks Tagger Brockey’s and Ezroni’s return to the Tribeca film competition after their entrant last year, Dean, which earned the 2016 Festival’s prestigious Founders Award. Dean, which stars its writer and director Demitri Martin as well as Kevin Kline, Gillian Jacobs and Mary Steenburgen, is due in theaters in June.

Ezroni, an award-winning actress who has spent the past decade as a film producer, was a partner at Priority Films prior to teaming with Tagger-Brockey. She received the 2008 Global Hero Award from the US State Department for her work in raising awareness of human trafficking with the filmsHolly and Redlight. The lead actress of Keshet Broadcasting’s globally renowned TV drama Prisoners of War, the inspiration for the Showtime hit seriesHomeland, she also stars in HBO Europe’s When Shall We Kiss.