Supervising sound editors Becky Sullivan and Andrew DeCristofaro, who share a 2015 Academy Award nomination for their work on Unbroken, have joined Sony Pictures Post Production Services. The pair has collaborated on numerous films over the years, including this year’s Best Picture Academy Award winner Green Book, with DeCristofaro as supervising sound editor and Sullivan as automated dialogue replacement supervisor. Sony Pictures is building theater-style studios with sound design and mixing capabilities for the two sound artists on the studio lot. 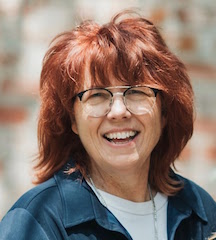 DeCristofaro and Sullivan are the latest in a long list of top sound talent to join the Sony Pictures roster in recent years. “We’ve built an environment where sound editors and mixers have all the resources they need to push the limits of creativity,” said Tom McCarthy, executive vice president, post production facilities, Sony Pictures Entertainment. “Artists appreciate the studio environment and the proximity it gives them to filmmakers and their peers. We are thrilled to have Becky and Andrew join our team.” 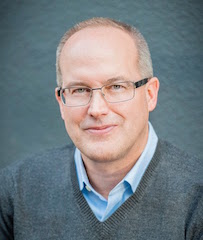 Sullivan is one of few women serving as supervising sound editor on high-profile studio films, including, most recently, Columbia Pictures’ A Dog’s Way Home, Holmes & Watson and Ghostbusters (2016), Paramount Pictures’ The Big Short, Lionsgate’s A Simple Favor and Universal Pictures’ Fifty Shades of Grey. Alongside her Oscar nomination, she is the recipient of a BAFTA Award (The Fugitive) and two MPSE Golden Reel Awards (Unbroken, Under Siege) among 10 other award nominations.  Sullivan began her career at SoundStorm where she tapped into an acting background to become a top ADR supervisor. She earned her first credit as a supervising sound editor in 2008 on Universal Pictures’ Baby Mama.

“I’m very excited to join Sony Pictures,” Sullivan said. “They have outstanding facilities and an excellent support staff. There are a lot of great supervisors at the studio and I look forward to working with all of them.”

DeCristofaro was nominated for a 2019 MPSE Golden Reel Award for Feature Film Dialogue/ADR for Green Book. In addition to his Oscar nomination, he is the recipient of five Golden Reel Awards and 16 nominations, and five Giant Screen Cinema Association Awards. He has supervised over 120 feature films, including Columbia Pictures’ Ghostbusters (2016), Lionsgate’s The Spy Who Dumped Me, and Disney/Marvel’s Iron Man 3. He also created sound for the Netflix series The OA.

DeCristofaro became interested in joining Sony Pictures while working at the studio on Ghostbusters. “It was a great experience,” he said. “There are a lot of people at the studio whom I know and love. It’s a wonderful, vibrant place to be.”