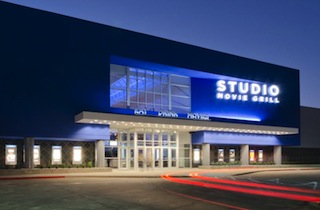 "With the help of our lending partner, Goldman Sachs, Studio Movie Grill is excited and grateful to have the opportunity to establish the brand across the country," said founder and CEO Brian Schultz. "We have created a modern and relaxing alternative to the traditionally frenzied movie-going experience. Courteous tableside service, coupled with the best available technology, and an eclectic, fresh and made-to-order menu have all contributed to positioning SMG as the unquestioned leader in our segment."

Opening later this year, SMG Tampa will be the company's first theater in the Sunshine State. At more than 52,000 square feet, the location will boast over 1,400 luxury seats. A local-style bar will be the centerpiece of Philadelphia SMG. Meanwhile, in California, a 35,000-square foot establishment has already broken ground in Rocklin, a suburb of Sacramento. A 1,500-seat theater at Simi Valley Town Center – just northwest of Los Angeles – is slated to open next year.

Studio Movie Gril has partnered with Brad Miller of Film-Tech to bring Christie and Dolby equipment to every screen.