The Strong Entertainment Group subsidiary of Ballantyne Strong has filed for an initial public offering that will spin it out of its parent as a separate company. The filing does not price the stock nor say how many shares will be sold. That will be disclosed in later amendments. The new company is to be named Strong Global Entertainment and is intended to trade on the New York Stock Exchange under the symbol SGE. 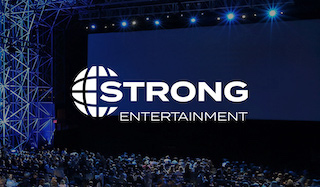 The IPO filing with the U.S. Securities and Exchange Commission says that Ballantyne Strong will control the majority of the common-voting shares after Strong Global goes public. It will also own all the Class B limited-voting shares that will be issued. The filing says Strong Global intends to use proceeds from the sale — which are not yet calculated — for general corporate purposes, including capital expenditures and potential acquisitions.

“While we do not currently have any agreement with respect to an acquisition, we intend to evaluate potential opportunities and could use proceeds of the offering to invest in one or more complementary businesses,” it says.

The capital spending would include improvements to the Joliette Plant it leases in Quebec, including a $2 million expansion and a $600,000 investment to bring it into compliance with environmental rules. The plant produces large screens to precise specifications.

The proceeds would also increase working capital for Strong Global, including money for additional research and development at Joliette.