Wez Merchant, the founder and managing director of the public relations company Strike Media has a plan to support motion picture distributors during the COVID-19 crisis. He is launching a free newsletter that would include all the home entertainment, video on demand and premium video on demand movies being released each week.

With cinemas shutting, home entertainment releases are going to be the lifeblood for distribution companies large and small. This then means there will be a lot of clutter going into editors’ inboxes as they all switch from theatrical, to video on demand and home entertainment. Lots of great content can get lost or barely noticed. 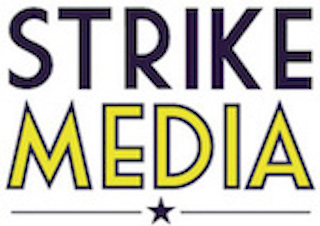 Each week the newsletter will be sent to Strike Media’s database of more than 15000+ contacts. The newsletter will include one image (pack shot) per title (3D ideally) or iTunes Store image. Each title will include a link to iTunes and Amazon. We will include a short synopsis for each title (no more than 50 words please). We hope this rundown of titles, including key info and images will be a handy reminder to editors of what's coming up. It would also act as a useful prompt to search for content sent by PR teams that might have been swallowed in their inbox.

We would model the layout of this VOD list on the press alerts that we send out for clients (but obviously a bit more list based)- some examples below:

The Rest Of Us (Dramatic comedy Starring Heather Graham) https://bit.ly/39Xa19Z

To be included, companies need to complete an Excel form with the an iTunes or Amazon link, a pack shot, a synopsis of fifty words or less (similar to the ones above) and an screening link and send it to Strike Media. For copies of their form or for questions contact Strike Media at www.strike-media.com