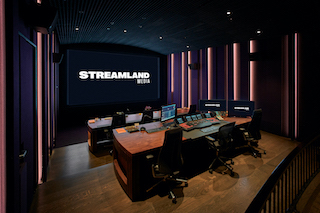 “Our team’s dedication to creative excellence and their outstanding accomplishments has allowed Streamland Media to build this exceptional family of boutique businesses,” says Streamland Media CEO Bill Romeo. “We are thrilled to have the extraordinary caliber of Technicolor Post artists join us. Adding Technicolor Post’s technologies and worldwide locations to Streamland will allow us to partner with all of our clients to an even greater degree. I am excited for what’s ahead.”

The acquisition, reportedly worth $36.5 million, was backed by Trive Capital and Five Crowns Capital.

Headquartered in Los Angeles, Streamland Media operates through integrated business units around the globe. These distinct businesses support feature film, episodic, interactive and emerging forms of entertainment by providing top-tier, customized solutions in picture and sound finishing, visual effects and marketing. The company said the addition of Technicolor Post will bolster Streamland’s renowned roster of talent and broadens the company’s unique approach to meeting customer needs in regions around the world including the U.S., Canada, Europe and the UK.

Streamland did not acquire all of Technicolor’s assets. Richard Moat, CEO of Technicolor said, “The strategic sale of Technicolor Post is part of our long-term vision for Technicolor Production Services to focus on VFX and animation for the entertainment industry, and creative services and technologies for the advertising industry, which provide the maximum value to our clients. We will continue to focus on these core areas through our award-winning creative studios The Mill, MPC, Mr. X and Mikros Animation.”

That transaction, which is expected to be completed later this year, is also backed by Trive Capital and Five Crowns Capital.