Éclair has appointed Anno Storbeck as head of production for Éclair Studios, the new state-of-the-art dubbing and automatic dialogue replacement studios in Central Berlin. He will be responsible for the artistic and commercial production management of all dubbing and ADR productions for film distributors, producers, rights holders and content service crossover sales. Based in Berlin, Storbeck reports directly to Éclair country manager Michael Krauth.

With close to 30 years’ experience, Storbeck began his career in dubbing in 1990 as a booking manager. He has since worked for some of the most prestigious dubbing companies in Germany, including most recently FFS / Film- & Fernseh-Synchron GmbH, and overseen projects for major studios and independent distributors. His work ranges from blockbusters and art house films for cinema and television and video on demand projects, such as I Love Dick (Amazon), King Arthur (Warner), Big Little Lies (Sky Deutschland), Geostorm (Warner), Victoria & Abdul (UPI), The Greatest Showman (Fox) and The Post (UPI), to audio series for Universal Music Group. 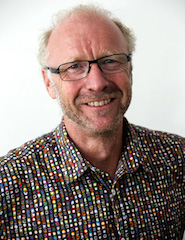 For Pascal Mogavero, senior vice president Éclair, “I hold Anno in the highest esteem as we are not only united by our passion for film dubbing, but also by our mutual respect for filmmaking as a whole. He is a visionary with a fervor for the business. We know he’ll be an inspiration to the team while finding new ways to meet customer and market needs. We look forward to increasing the business momentum for our dubbing & ADR activities and portfolio of content services across Germany through our local and renowned business unit, Christa Kistner Synchronproduktion."

“I am thrilled to join the energetic and talented teams at Éclair Studios and Christa Kistner Synchronproduktion GmbH,” said Storbeck. “The trust placed in me to manage Éclair’s sound post-production activities, which include delivering first-class narration and dubbing recordings, subtitling, and mix downs, and topnotch studio facilities in Berlin is a great incentive to ensure German and international filmmakers alike fully benefit from the wide-ranging services and technical know-how Éclair Studios has to offer.”