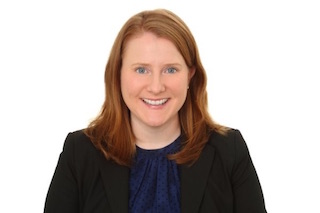 “We are incredibly proud of our leadership team as we continue to drive growth in our sector and bring quality content and advertising to our screens,” said Spotlight Cinema Networks president Michael Sakin, to whom all three will report.  “Ronnie and Christine are an integral part of the company’s success and both played critical roles in the significant evolution of Spotlight as well as the rollout of CineLife Entertainment over the last 18 months. These well-deserved promotions recognize their wide-ranging accomplishments, enthusiasm and dedication.”

Sakin added, “With more than a decade’s experience in the exhibition industry, Bernadette’s experience with event cinema, content acquisitions, and business development will help drive CineLife Entertainment’s growth and serve the needs of our exhibitor partners.  This is an important addition to our executive team and we all look forward to working with her.”

McCabe will be responsible for content acquisition and programming, as well as all day-to-day operations for CineLife Entertainment.  The company’s titles include the 40th anniversary release of the original Halloween; the critically acclaimed North American premiere of the documentary Nureyev, which is currently in theatres; and the upcoming theatrical re-releases of A Boy Named Charlie Brown and Snoopy, Come Home. McCabe will also oversee the company’s consumer-facing app, CineLife, which is devoted to helping audiences connect with indie films and art house theatres across the U.S.

“I’m excited to be joining Spotlight Cinema Networks, a company with a well-deserved reputation for quality in exhibition, to help take CineLife Entertainment to the next level,” said McCabe.  “In 18 months, the company has already established itself as a force in the event cinema marketplace and I look forward to building upon its successful launch.”

Prior to joining Spotlight, McCabe worked at MoviePass as senior vice president, exhibitor & business strategy. From 2005 to 2017, she held a number of positions with increasing responsibility at Screenvision Media, rising to Senior Vice President, Business Strategy in 2015.

Ycongis is responsible for managing existing exhibitor partnerships, growing Spotlight’s exhibitor network, overseeing Spotlight’s ad operations, and heading theatrical sales and distribution for CineLife Entertainment. Ycong joined Spotlight in 2011 as vice president of exhibitor relations to create an exhibitor relations department. Since then, Spotlight’s exhibitor network has grown by more than 150%. In 2018, Ycong helped lead the launch of CineLife Entertainment and executed the distribution of 15 films in its inaugural year. Ycong has over 25 years of experience in the theatrical exhibition business.

DelGuidice-Kraemer oversees all marketing strategies and tactics to drive awareness of Spotlight’s extensive range of offerings from cinema advertising, preshow entertainment, event cinema to digital distribution within the advertising and exhibition communities. Since joining in 2012, she has increased the visibility of Spotlight in both the ad marketplace and exhibition communities, and led the company’s rebranding and development/evolution of the Spotlight preshow. DelGuidice-Kraemer was responsible for the individual marketing campaigns for all 15 of CineLife Entertainment’s releases since the division’s inception. In March, she was named as one of the Top 50 Women in Global Cinema by Celluloid Junkie Magazine in partnership with Box Office Magazine.