Spectrum Films Celebrates Half a Century 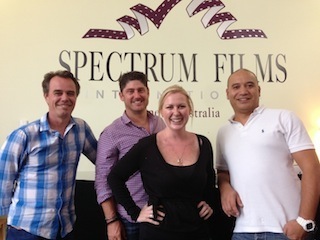 Spectrum Films, who have played host to productions such as The Matrix, Wolverine and more recently, The Great Gatsby, spent almost six months trying the system before making their decision. Rob Puru, chief technical engineer said, “We used Mistika on various real-life test projects as part of our extended evaluation process. These included reality TV, a TV commercial, short film, theatrical documentary plus camera and lens tests for a major new feature.”

Adam Scott, general manager at Spectrum Films said, “As we looked in detail at the completeness and overall efficiencies the contender systems could provide, Mistika’s intelligent design and efficient use of shared SAN storage made such good sense. We are already handling camera raw files at over 6K resolution, so having a system where everything can work from just one shared copy of such large files is a massive advantage to our clients.”

Stuart Monksfield of Mojo Media Solutions, SGO’s official Asia Pacific reseller partner added, “It’s been a pleasure to spend so much time with the team at Spectrum Films these past few months, and I am extremely happy they have decided to adopt Mistika to lead their expansion.”