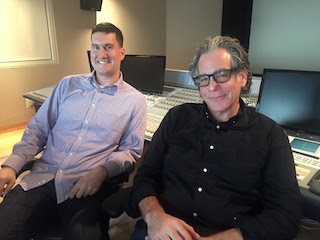 Giammaria and Benjamin will take part in a panel discussion titled Post-Sound: What You See is What You Hear, included in the conference’s Post Production Secrets track. The event is scheduled for November 13th. Other panelists will include director Rachel Shuman and SIM International’s Keith Hodne. Writer-director Ian Harnarine will moderate.

Giammaria will discuss his work on documentaries such as One October and The Last Laugh, and how he works with filmmakers to develop strategies for sound to enhance the quality of their films and improve efficiency. “It’s important for filmmakers to plan for sound before they get to post,” he says. “If they wait until after picture is locked it may be too late. Docs are typically about talking, but there are points in any film where sound design can help tell the story and set the mood.”

Benjamin will talk about sound design he has created for documentaries including CNN’s RBG, HBO’s Baltimore Rising and Paramount Network’s Rest in Power: The Trayvon Martin Story. “My role on docs is to make it as real as possible,” he says. “That can be a challenge as they are often shot verité style and the production sound is rough. Sound design can help to make the story feel cohesive and move forward without distracting the audience’s attention.”