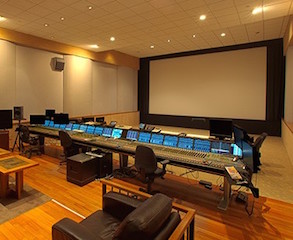 All studios feature mid-size theater environments and include digital projectors and projection screens. Theater 1 is equipped for sound design and mixing with two S6 consoles and immersive Dolby Atmos capabilities, while Theater 3 is geared toward sound design with a single S6. Theater 2 is set up for remote visual effects and color grading review, allowing filmmakers to monitor ongoing post work at other sites without leaving the lot.

“We offer the best and most comprehensive sound facilities in the industry, as well as the most talented and experienced group of sound artists,” said Tom McCarthy, executive vice president, post production facilities. “The two theaters we have added are unique sound rooms, offering the acoustical depth of a theater in an intimate environment that promotes creativity. They reflect the evolution of motion picture sound where the traditional boundaries between editorial and mixing have blurred.”

Sony Pictures Post Production Services now has 11 traditional mix stages, the largest being the Cary Grant Theater, which seats 344. It also has mix stages dedicated to IMAX and home entertainment formats. The department features four sound design suites, 60 sound editorial rooms, three ADR recording studios and three Foley stages. Its Barbra Streisand Scoring Stage is among the largest in the world with the capacity to accommodate a full orchestra and choir.