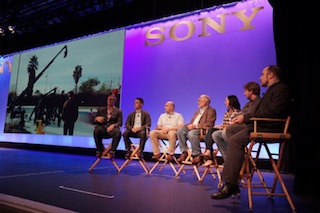 The shorts are the result of a collaboration between Sony and AFI Conservatory, titled Sony/AFI 4K Shorts: Be Moved. Launched in November, the concept behind the Be Moved shorts, each about four minutes in length, is to demonstrate the unique capabilities of Sony 4K technology to complement and expand a director’s artistic vision.

An industry audience of production professionals and press were the first to view the work of the filmmakers, each of them AFI Conservatory alumni. The short projects screened during the event included:

“This collaboration with the AFI is a perfect example of the evolution of 4K into new areas of production and entertainment,” said Peter Crithary, CineAlta marketing manager, Sony Electronics. “We look forward to continuing our work with AFI and producing more spectacular content like these shorts.”