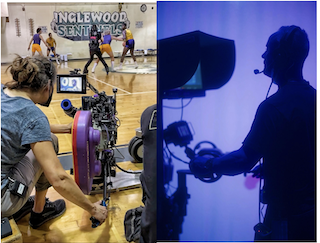 “It was truly an unprecedented year in the sheer number of projects submitted for consideration for the Camera Operator of the Year awards,” said George Billinger, SOC president and Awards Chair. “After receiving an overwhelming number of submissions, it is in the SOC’s best interest to make an amendment to the number of qualifying nominations.”

Billinger added, “We proudly acknowledge how much the SOC has grown and realize the importance and sincerity of what our awards truly mean to the industry at large. By announcing six nominees for each category, most including teams, we feel it best reflects the totality of the work submitted, the integrity of the SOC, and how much we value the craft.”

The Gordon Parks Foundation will also be recognized during the awards for Parks’ leadership and pioneering of social justice. Parks, one of the greatest photographers of the twentieth century, was a humanitarian with a deep commitment to social justice; he left behind an exceptional body of work that documents American life and culture from the early 1940s into the 2000s, with a focus on race relations, poverty, civil rights, and urban life. At the end of last year, the SOC’s Board of Governors, presented The Gordon Parks Foundation with an honorary membership, bestowed by Nikk Hearn-Sutton, SOC, Co-Chair Inclusion Committee and Board of Governors Member.

For a second year in a row, the SOC has expanded the nominations to include collaborative efforts and teams of operators with a chance to be honored and nominated together for an SOC award.

Daniel Bishop - All Quiet on the Western Front

Ari Robbins - Bardo, False Chronicle of a Handful of Truths