The Society of Motion Picture and Television Engineers has awarded Harald Brendel, Head of Center of Competence Image Science at Arri, with the Natalie M. and Herbert T. Kalmus Medal Award. With this prize, which has been handed out since 1956, the industry association recognizes outstanding technical achievements in film production, post-production, and film distribution. 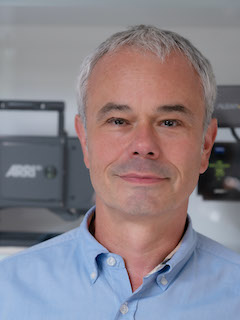 According to SMPTE president Hans Hoffmann, Brendel receives this prestigious award “for the design and implementation of the color management system used in the Arri Alexa family of cameras, including the underlying Log-C capture encoding, the specification of the Arri Wide Gamut color space, and the creation of the K1S1 filmic viewing transforms.” “These were instrumental in assisting cinematographers and postproduction facilities with the transition from film to digital image acquisition, providing both confidence on set and reliable outcomes in post-production, and remain industry standards. During his long tenure as an image scientist for Arri, Harald was a main developer of image processing for the ArriScan film scanner and a core contributor to the Academy Color Encoding System.”

Brendel said, “There are very few places in the world where something like this could have been created—Arri is one of them. Because this concentrated know-how hardly exists anywhere else. I am very pleased about this award and, in addition to the SMPTE, I would like to thank the colleagues involved, who have contributed to the success of this project with their experience and expertise.”

The award ceremony will take place in November as a part of the virtual SMPTE Annual Awards Gala.

Arri executive board member Dr. Michael Neuhaeuser said, “This award is really something special! Harald, you and your team have created things that were groundbreaking for the industry and have endured to this day. For this achievement and out of deep respect, I tip my hat to you. Bravo!”

Brendel began his career at Arri in 1994 in the then new digital film department of Arri Film & TV. After holding positions outside the company, he moved to the research and development department as an engineer at the beginning of 2004, where he has worked ever since. On behalf of Arri, Brendel has already accepted top awards, including an Engineering Emmy from the Television Academy for the development of the Alexa digital camera system. However, with the Natalie M. and Herbert T. Kalmus Medal Award, the SMPTE honors Brendel personally.