SMPTE Hollywood Section to Explore the History of Moving Imagery

The Hollywood Section of the Society of Motion Picture and Television Engineers will delve into the deep history of moving imagery with filmmaker, inventor, and author Lenny Lipton at its monthly meeting March 22 in Hollywood. Lipton will offer a presentation based on his forthcoming book The Cinema in Flux. 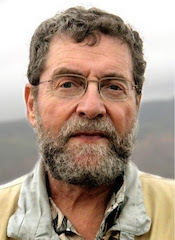 In it, he traces the history of moving imagery to the 17th century and Christian Huygen’s invention of magic lantern projection. This early period, which Lipton dubs the Glass Era, was followed by the Celluloid Era, brought about by the invention of film and discovery of apparent motion, and today’s Digital Era, distinguished by the electro-digital method of storing and manipulating imagery.

Regarded as the father of the electronic stereoscopic display, Lipton was lead inventor of many technologies used in 3D projection. He has been granted 72 patents and is the recipient of a Smithsonian Award for the invention of the stereoscopic eyewear CrystalEyes. He founded StereoGraphics in 1980 and also served as chief technology officer of RealD.

He is the author of four books, a Fellow of SMPTE and the International Society for Optics and Photonics, and a member of the Scientific Council of the Conservatoire des Techniques of the Cinémathèque Française.

“Lenny Lipton is a brilliant technologist whose many inventions have had a profound effect on modern cinema. He is also a gifted cinema historian with a unique view on the development of the art and science of motion pictures,” said Jim DeFilippis, SMPTE Hollywood Section chair. “This promises to be a stimulating and provocative evening full of insights that will surprise even long-time industry veterans.”