SMPTE Hollywood to Discuss the State of Drone Technology

The Hollywood Section of the Society of Motion Picture and Television Engineers will offer a revealing glimpse into the state of drone technology and artistry at its October virtual meeting.  A panel of experts in the use of drones in film and television production will discuss the latest advances and future innovations in airborne camera systems. Free and open to all, the virtual event will take place on October 7 at 6:00 p.m. PDT on Zoom. 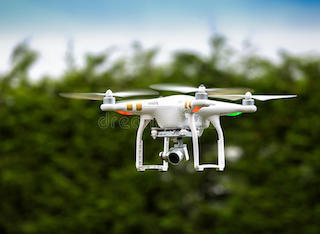 In the span of just a few years, drones have become virtually ubiquitous in film and television production, providing a relatively safe, simple, and low-cost way to capture spectacular aerial imagery. SMPTE Hollywood is hosting a panel of drone technologists, cinematographers, and pilots to discuss the rise, applications, and implications of this exciting tool. The discussion will cover the current state of drone technology and expected future developments, as well as drone ethics and the role of drones in society at large. The panel discussion will be followed by a screening of The Lone Drone, a short film from director Vanessa Elliot.

Hosts for the event are Christopher Alvarez, pictioneer of SMPTE Hollywood, a licensed drone pilot, and resident editor/cinematographer of creative services at The American Film Institute and Mark Bender of Mark Bender Aerials, a drone service provider specializing in drone video and still photography.